September is PRSA Ethics Month again and it brought to mind a memory.

Years ago, long before I was a professor, I was speaking about public relations at an event and brought up the subject of ethics. An audience member sneered: “you can’t teach ethics.”

Well,  now I actually do teach ethics. So I could say that gentlemen was wrong. But his implied point is worth considering. What he really meant to say. is that you can teach ethics classes but that doesn’t mean people will behave ethically.

In any of the above examples, of course the individual has their own will and responses will vary. That does not mean NONE will respond favorably, and therefore does not mean the activity is pointless or without merit.

So, in teaching ethics, the goal is inspiration, to make conscious the ethical implications of what we do in the profession, and then to instill a curiosity about the right thing to do and a motivation to be ethical in all professional practice.

There are two things that help my students internalize a lot of the ethical theories, concept and issues we discuss in class: the four motivations for being an ethical professional, and the three levels of ethical character.  I would encourage any PR professional to consider these in their daily practice::

Four motivations for being an ethical professional:

I’ll let people consider these for themselves. But I would say that some degree of all four motivations should be a basis for ethical behavior. And as for the levels of ethical character, I encourage all who practice PR to act like adults, and against the pressure from peers and others, be the ethical adult in the room.

September is PR Ethics Month, organized by the Public Relations Society of America (PRSA) with events planned at the national and chapter level. Here’s a list of ethics activities from Debra Petersen of the Dayton Area Chapter.

At the beginning of this month, I want to point out the fact that ethical situations happen every day, all year long. By ethical situations, I mean daily activities in which one must consider the consequences of personal and professional actions. The fact that PRSA designates a month to it simply means ethics is that important to concentrate on for a full month every year.

For example, let me share a phone inquiry I just had about ethics.

A former colleague who practiced and taught journalism for years finds himself doing what is essentially public relations. He was recently asked by a client to gather information from various sources on key topics, and write blog posts under the name of this client as a means of developing “thought leadership.”

My friend smelled something and said he thought to call me right away to get some insight and advice. We had a good talk about the issue, and I confirmed his fears. Research is ok, but not sourcing information and then even going beyond to present it as original insight for the purpose of self promotion is clearly a violation of several ethical values and principles, including honesty, fair competition, and disclosure of information. My colleague, who used to deride public relations with the smugness typical of journalists, realized that legitimate PR professionals have a solid grasp of ethics and are often the ones providing that insight, even though the profession too often unfairly gets blamed for “PR problems.”

At the beginning of this year’s month-long emphasis on PR ethics, I would encourage students of PR, current professionals, and even and especially non-PR professionals to learn more about public relations ethics with the following:

Much was made this week when the Business Roundtable issued its Statement on the Purpose of a Corporation.

The essence of the statement is that businesses should have a larger purpose than only maximizing value for shareholders, aka investors.

A close look at this statement shows a bullet list that identifies other groups of people to whom businesses should show a commitment–customers, employees, suppliers, and communities.

What is compelling about this is how this “revelation” is actually quite old, and how this management innovation is actually fundamental public relations.

Those “groups of people” I mentioned above are more commonly called publics in the vernacular of public relations professionals. In a PR management class I teach I devote a week to each of these and other publics. The heart of public relations is to maintain mutually beneficial relationships with ALL publics, understanding that sometimes two or more publics with whom an organization has relationship may have competing goals. As they say in interpersonal relationships, it’s complicated.

What may be best for investors is sometimes antithetical to the interests of customers. A good action on behalf of employees may alienate the community. And so on. This is why PR is more than tactics, more than communication–it is a management function. And it has been considered such by many for a long time. Consider:

I am delighted that the Business Roundtable, representing the top business leaders in the country, has articulated an endorsement of the basic tenet of public relations. However, I’m upset yet again that they think this is their idea and don’t recognize what they advocate as fundamental public relations.

I’m also annoyed that while there has been much media coverage of this announcement (here’s a partial list in a Google News search), little if any of it equates this statement to public relations. Several media even express negative opinion in their coverage: The LA Times calls it “propaganda,” and CNN calls it “symbolic”.

So, the Business Roundtable has shown they finally get public relations. But they, and the media who covered their statement, don’t get that what they are talking about is public relations.

One can only hope that the statement leads to consistent, legitimate efforts to treat all publics with mutual respect and the realization that doing so is both ethical and sound strategy. And then, if it’s not asking too much, business leaders, the media and the public at large will realize that this management practice is what enlightened  PR pros have been encouraging all along. 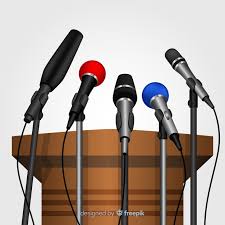 Just recently, a client of mine was in the news. The story was not something we had pitched, it was just some journalistic enterprise stemming from a public meeting.

It just so happened that the CEO and COO were both across the country at a conference. So the VP of Finance took the call from a reporter and answered the questions. This was appropriate, given that the story was financial in nature. The reporter needed to verify and clarify some numbers and then ask for a quote. The resulting article was clear and positive and the finance expert had gained some media exposure.

I bring this up because people often wonder who their client or organization’s spokesperson should be. Some assume it should always be the CEO. Others think that’s the role of the PR person. Often in times of crisis it is a lawyer stepping up to the microphone (not always a good idea because of the implications of a lawyer speaking looking defensive as opposed to transparent).

The reality is, the best spokesperson depends on the subject matter and context.

When I did media training several times over the years for the client I mentioned, I always did it for not just the CEO but everyone on the management team, including finance, human resources, and other specific business area management leads. This is because everyone should be ready to give a clear interview that is both helpful to journalists and consistent with company objectives.

That is the purpose of media training–to make sure everyone who might do an interview is not mystified, afraid of, or antagonistic toward the media. They should know how to speak for print, radio, or TV–live or recorded–in a way that provides accurate and useful information that sounds genuine and not generic jargon.

In previous PR jobs where media relations was the focus, I often connected reporters to people other than myself for interviews. The idea was to shine a light on more people in an organization to show its depth and diversity, but also to have more insightful comments closer to the subject at hand. Reporters were always appreciative of the access to sources most suited for the story.

Here are some simple considerations for setting up a spokesperson on a given story:

For years I have been watching the economic decline of journalism. The cycle has gone like this:

There have been some alternative models. The New York Times offers 5 free reads per month and then a given IP address will have to subscribe. Others, like the Wall Street Journal and the Economist, offer some article free but premium articles are dangled out there with a notice that they are for subscribers only.

Other publications have emerged in a non-profit or donation model. In Michigan, many quality journalists from legacy media have moved to such publications such as the Bridge (“If you care about Michigan, please support our work”) or more recently Michigan Advance (heads up–I’ve invited editor Susan Demas to speak at GVSU and my colleagues are putting together an event for March 29 that will include a panel of journalism, advertising, public relations, and communications faculty including myself).

There is also a trend of nonprofits, businesses, and government offices becoming their own media outlet in the form of a news bureau or online newsroom that goes direct to public. A former student of mine who works for a state-wide association just asked me about this. I have written about this pointing to some examples on my blog previously–here’s a collection of prior posts on the subject.

But recently I noticed more media, from individual outlets to group conglomerates, drawing a line in the media economics sand and announcing a return to paywalls and subscriptions for their content. The latest example of this is a decision by Conde Nast for its fleet of publications. Some see the move as a bad one, but it is a trend to watch nonetheless.

Here’s why this is good for advertising and public relations.

There are some considerations to work out as journalism returns to paywalls. One is whether subscribers–and maybe only subscribers–will be allowed to share content. Another is whether publishers will offer headlines and article summaries, or a handful of free articles each issue as a loss leader to draw subscribers. We’ll see. We are in what economist Joseph Schumpeter would call a “gale of creative destruction” in the media industry. What looks dire could emerge as a very good move forward.

I for one am eager to see what good things paywalls do for journalism, content, citizens and the ad and PR industry.